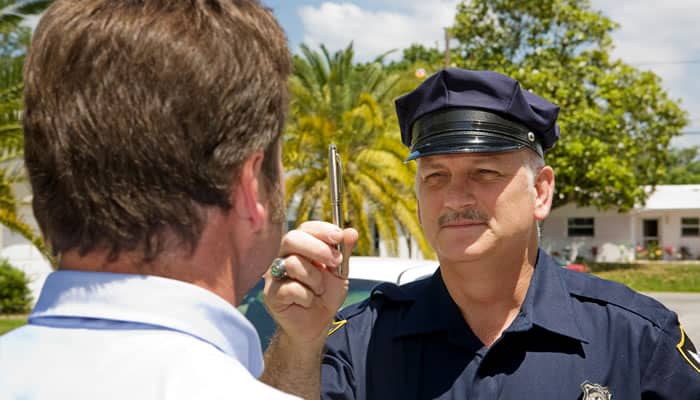 In past weeks, we have discussed the three types of field sobriety tests sanctioned by The National Highway Traffic Safety Administration (NHTSA) that comprise the Standardized Field Sobriety Test (SFST): the horizontal gaze nystagmus (HGN) test, the one-leg stand test, and the walk-and-turn test. This week, we will examine the HGN test in greater detail.

When a person is pulled over by a law enforcement officer in Oklahoma for suspicion of driving under the influence of drugs or alcohol, the officer may order the individual out of the car to perform field sobriety tests. The purpose of field sobriety testing is to allow an officer to observe a suspect’s balance, ability, attention level, and/or other factors that the officer may use to determine whether the suspect is driving under the influence.

With the HGN test, the person suspected of DUI is instructed to follow a slowly moving object such as a pen or small flashlight horizontally with his/her eyes. The officer observes the movements of the eyes. The test is premised on the fact the automatic tracking movements of the eyes are affected by drugs and alcohol. A normal eye will produce some “jerking” of the eyeball when following an object from left to right. However, one who is under the influence of drugs or alcohol (or suffers from certain medical conditions), there is more “jerking” when the eyeball is closer to center position. Standard NHTSA instructions are as follows[1]:

The officer looks for eight indicators of impairment:

A question may arise regarding this test: As it seems like a scientific test, how is it admissible when an officer administers it? How reliable is it? In Anderson v. State, the defendant challenged the admissibility of the HGN test based on the fact the court allowed the testimony without scientific foundation by an expert witness.[3]The Oklahoma Court of Appeals held “a scientific foundation for the test was not required as field sobriety tests are not based upon scientific evidence and are not “a scientific test in the sense it requires a certain scientific reliability”, so that neither Frye, Daubert or any other test establishing reliability or trustworthiness is applicable.[4]

If you have questions regarding field sobriety tests, or have been accused of DUI, contact our office to speak with a qualified DUI lawyer in Tulsa. Because we believe that everyone deserves equal access to qualified legal counsel, we offer consultations. We will provide an honest and straightforward analysis of your Tulsa DUI case and devise a plan to fight your charges, if possible. Our Tulsa Criminal Defense Lawyer has been practicing for over 15 years. Put our experience to work for you. Contact us at (918) 216-9644.