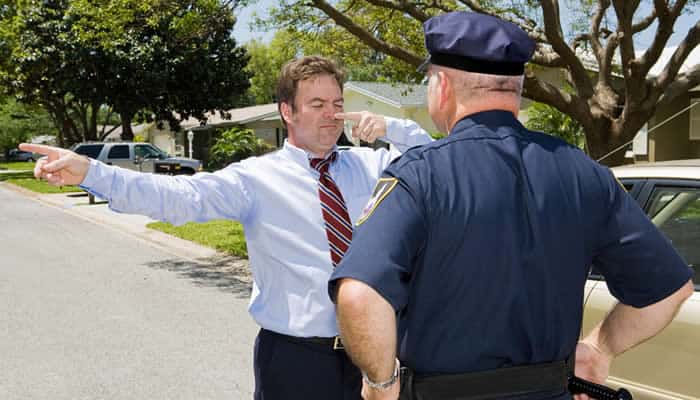 When a person is pulled over by a law enforcement officer in Oklahoma for suspicion of driving under the influence of drugs or alcohol, the officer may order the individual out of the car to perform field sobriety tests. The purpose of field sobriety testing is to allow an officer to observe a suspect’s balance, ability, attention level, and/or other factors that the officer may use to determine whether the suspect is driving under the influence. The National Highway Traffic Safety Administration (NHTSA) performed studies to develop a uniform battery of field sobriety tests. There are three field sobriety tests that are sanctioned by NHTSA and make up the Standardized Field Sobriety Test (SFST): the horizontal gaze nystagmus test, the one-leg stand test, and the walk-and-turn test.

Nystagmus refers to the involuntary jerking of the eye that occurs naturally when the eye gazes to the side. Positional alcohol nystagmus (PAN) is the visible jerkiness in eye movement produced when the head is placed in a sideways position. PAN occurs when the specific gravity of the membrane space of the semicircular canals in the ear differs from the specific gravity of the fluid in the canals because of the presence of alcohol.[1]The jerking is more noticeable when blood alcohol is elevated. Officers look for three indicators of impairment in each eye: the inability to follow a moving object smoothly; noticeable, distinct eye jerking when eye is at maximum deviation; and eye-jerking within 45 degrees of the center of the eye.

The Walk and Turn test is designed to require suspect to listen to and follow instructions while performing simple physical movements. The test has been determined to be easily completed by most unimpaired people. The test is administered by requiring the suspect to take nine steps, heel-to-toe, along a straight line, turn on one foot, and then return in the same manner in the opposite direction. The test assumes an impaired person will have difficulty with tasks requiring their attention to be divided between simple mental and physical exercises.

The One-Leg Stand test is designed to demonstrate four indicators of impairment: swaying while balancing, using arms to balance, hopping to maintain balance, and putting the foot down. Suspects are asked to stand with one foot about six inches off the ground and count. The officer will time the individual 30 seconds.

Results put forward by the NHTSA as to the accuracy of the combined tests show officers are accurate in 91 percent of cases, overall, and in 94 percent of cases if explanations for some of the false positives are accepted (Stuster and Burns, 1998).[2] The results of the 1998 studies were far greater than the percentages in studies performed in 1981. Specifically, Tharp, Burns, and Moskowitz (1981) reported accuracies of 77 percent for the HGN, 68 percent for the Walk and Turn, and 65 percent for the One Leg Stand components; 81 percent of officers’ arrest decisions at 0.10 BAC were correct when all three measures were combined.[3]

If you have questions regarding field sobriety tests, or have been accused of DUI, contact our office to speak with a qualified DUI lawyer in Tulsa.